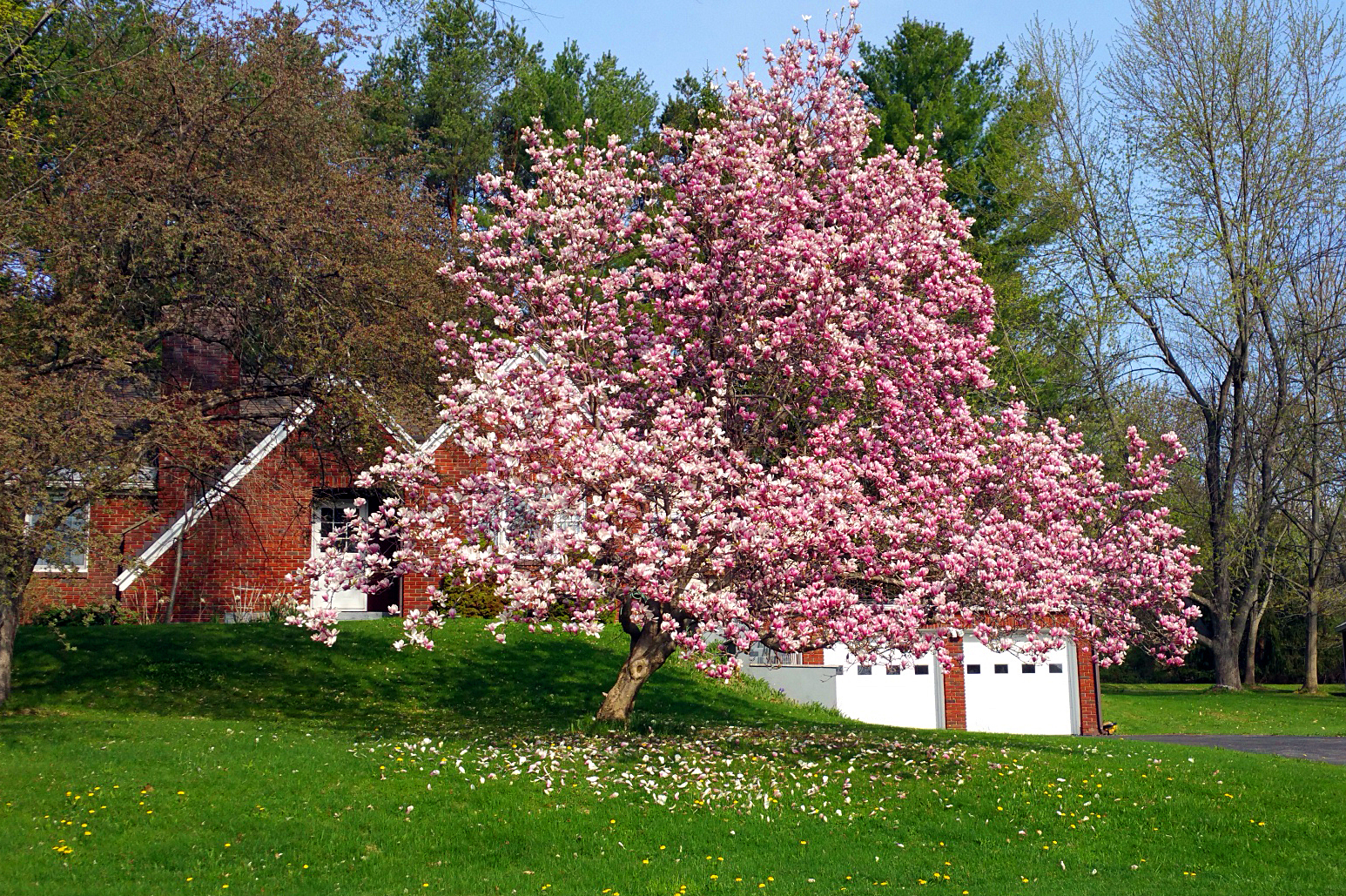 There’s a lot to look forward to in spring. There is return of so many birds we love who left us to spend their days in warmer places.  The first daffodils, crocus and other spring flowering bulbs are always a thrill.  Just the appearance of the color green after so many months of grey, brown and white makes the heart swell with spring fever.

An event I especially look forward to is the blossoming of the early-flowering woody trees and shrubs.  Their flowering sequence is a regular as clockwork.  The first to show color is the native Vernal Witch Hazel.  Its small flowers can range form a pale yellow to a rusty red and are often overlooked since they are small and appear even while the last of the snow is melting.

Another native early flowering tree can’t be overlooked: the Amalanchier which is also know as Serviceberry.  Amalanchier trees light up the forests with their clouds of brilliant white flowers long before there are any leaves on any of the trees.  They are an important food for any early pollinators looking for a meal.  Later, Amalanchier berries will feed the birds that have just arrived form their migration north.

A little later, the interesting Redbud trees flower.  Unlike most trees, the Redbud’s clusters of tiny flowers appear all along the woody stems rather that at the tips.  Its unique appearance always leads to folks flocking to buy then at the garden center during their bloom time.

As the days rapidly lengthen and grow warmer, the progression of flowering trees accelerates, and we’ll enjoy all the apple blossoms.  There are the fruit bearing apples with their pink and white flowers.  Along with them arrive their ornamental cousins, the flowering crabapples.  Flowering crabapples can range in color from pure white to red and are a sight to behold at their peak flowering.

In mid-spring the dogwoods arrive with their odd four-petaled flowers.  The petals are actually bracts, or leaves that simulate flowers.  At the center of the bract is the true flower that will eventually form the dogwood fruit which is prized by birds and people who enjoy making dogwood jam form them.

Late in spring we get to enjoy the large flowers of the Magnolias. The largest is the Saucer Magnolia with its large pink flowers.  Star magnolias with their smaller form and pure white flowers are impossible to ignore. Lately, yellow magnolias like ‘Butterflies’ have regained popularity. The sight of a well established 25’ yellow magnolia in full flower is not easily forgotten. Thankfully they are becoming more readily available than they were ten years ago,

If you are interested in planting early flowering trees, make sure to start prowling the nurseries in March and April and plant them early in the season to get them off to the best start.  If you already have them, remember to do any pruning as soon as they finish their flowering cycle so that the new growth you stimulate will have a whole growing season to produce the buds they need for more flowers the following spring.

Thanks for the read!