It was hot, the work was hard, and the deadline was always looming in the composing room of The Saratogian newspaper when John O’Connor began as an apprentice there in 1958.

Being a Newspaper Man

At the time, distributing the local news came with pressures - which today, have been nearly extinguished from memory - with hot metal plates and huge linotype machines.

“By 7 a.m., it was already 80 degrees in there. To work in those temperatures all day, it got pretty tiring. The heat and noise would
get to you,” said O’Connor, whose father spent 25 years working for
The Saratogian.

O’Connor remembers John Totten teaching him how to walk the paper route when he was just 12 years old.

Like O’Connor, Totten started out in the paper business when he was just a boy.

“John was always ready for a joke or a prank. I worked side by side with him creating ads and keeping the rest of the printers on their toes,” remembers O’Connor. 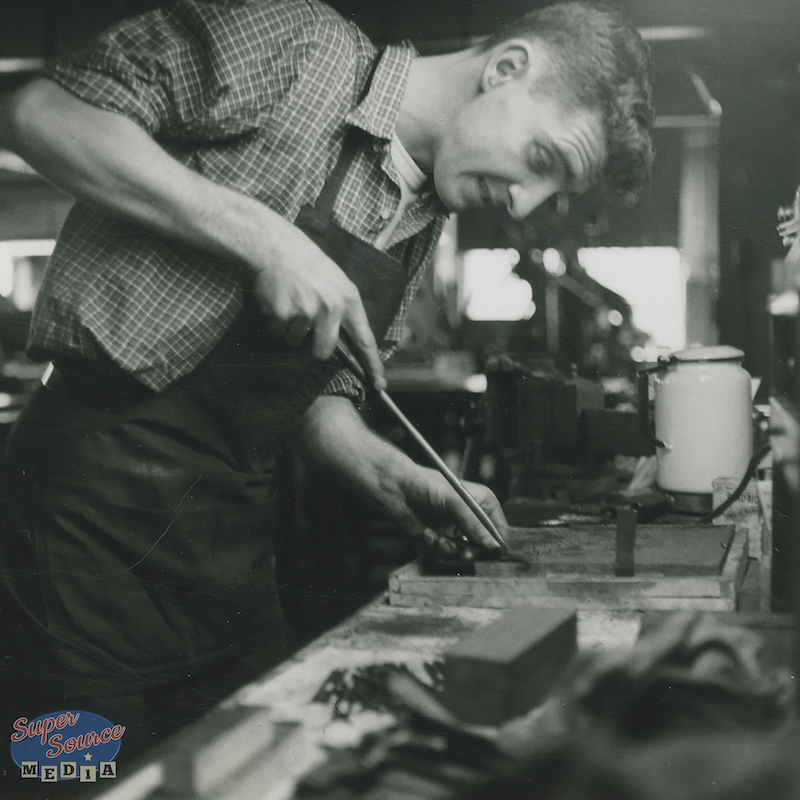 Growing in the Graphics World

In 1963, O’Connor won for Best Design in the Annual Apprentice Exhibit at the Empire Typographical Conference. His apprenticeship at The Saratogian continued until 1965 when he began working at the Boyd Printing Co. in Albany, but his friendship with Totten continued.

O’Connor went on to work at the Saratoga Printing Co. producing programs for the Saratoga Raceway, Skidmore College, and others before becoming the manager of the Graphics Dept. of the United Feature Syndicate at their Glens Falls location.

In 1977, O’Connor founded Graphic Services, in Glens Falls and moved the business to 30 Caroline St. in Saratoga Springs the following year. They were the first company to offer phototypesetting to the public, and did design work for SPAC, Stewart’s, Genpak, many freelance artists, restaurants and businesses, as well as advertising agency work.

“John Totten took me aside and revealed that The Saratogian was going to endorse my candidate. I reserved space for a large ad to be inserted the day before the election and delivered the camera-ready ad in time.”

The opponent was furious that an ad could appear so quickly, with the endorsement, just a day before Election Day – as well as by the outcome.

“Everything went smoothly, and my candidate defeated his opponent,” said O’Connor.

When the Presses Stopped

O’Connor’s career took a turn in the 1980s when he served as the Deputy Commissioner of Public Safety. In the nineties, he gave up printing and spent the last 20 years of his working life as an Associate Real Estate Broker.

Now, in retirement, John and his wife Mary enjoy spending time with their two sons, two daughters, and their grandchildren. A Life Member of Saratoga-Wilton Elks club, John also likes to go hiking, bowling, and to travel.

John Totten worked at The Saratogian for 67 years, the newsprint first gracing his fingertips in the waning days of World War II. His career spanned an era that saw headlines made by 13 different U.S Presidents and a printing press stamped with the stories of the invasion of The Beatles to the assassinations of JFK, MLK and RFK, Woodstock to Watergate, military engagements in Vietnam, 9/11, and the landing of a man on the moon.

“He started when he was 11 years old as a paperboy,” says wife Katherine Totten, then he was in charge of the paperboys, but he had always wanted to be a printer, ever since he was a little kid.”

They met in 1978 when she began working in the newspaper’s advertising department. She remembers how John always wore short-sleeve shirts, so it wouldn’t get caught in the machinery.

“They still had the printing press then and the composing room was upstairs. He was in charge of the composing room. The ads would go into a dumbwaiter which was in the hallway and then down to the basement,” she recalled.

“He’d yell at me and tell me to put them in there, that dumbwaiter,” she says with a laugh. “That’s when we met. Later we got married and were married for a long time. It took him a long time to make up his mind though, haha. Finally, he did, and we were very happy,” she says. John died in 2015.

“Sixty-seven years. I remember when he retired, they had a party. He went back to work the next Monday,” she says. “Somebody said to him: ‘I thought we just had your retirement party.’ He said: Well, I came back to work part time.”